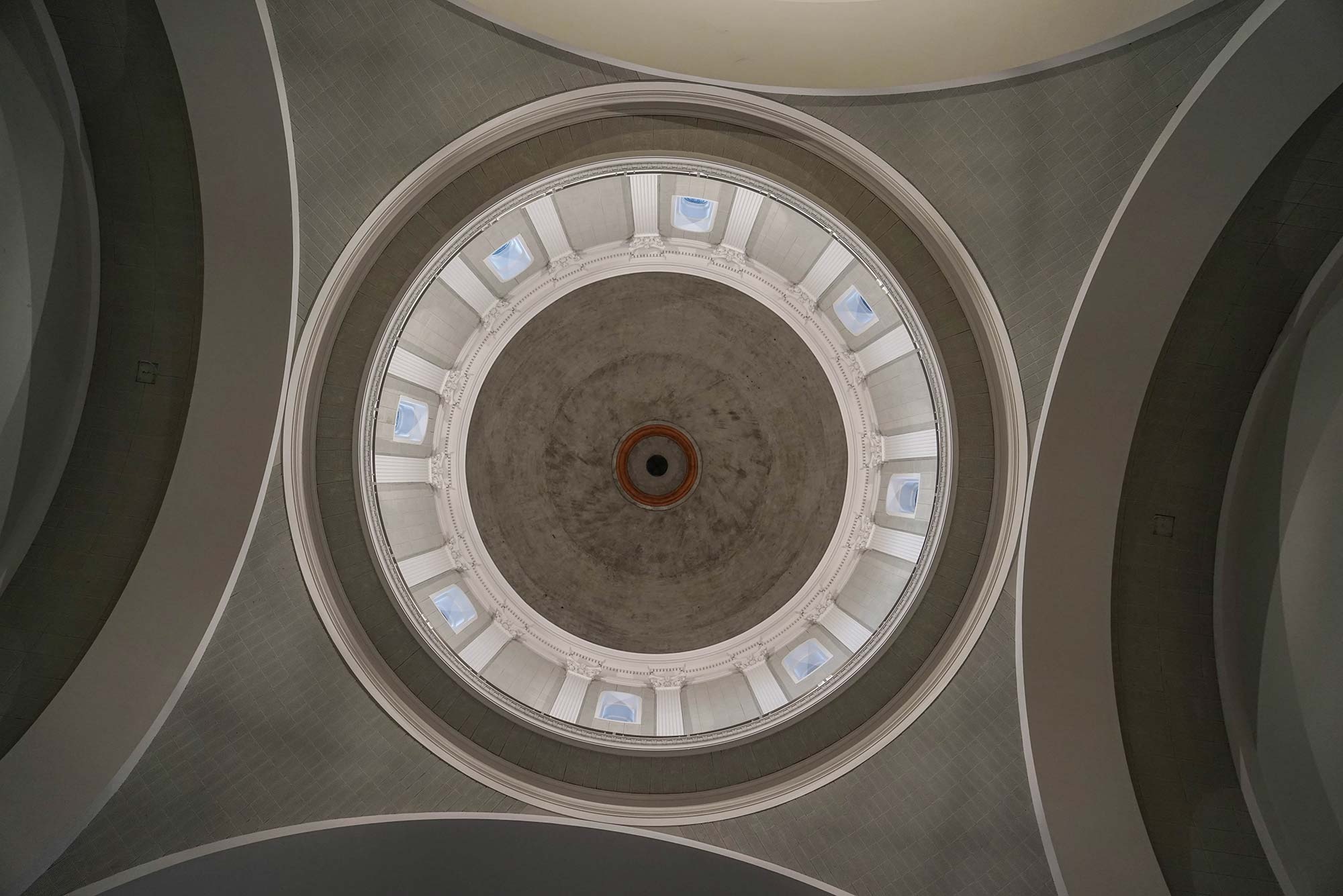 Designed by Ernest Bower Norris, a prolific Architect of Catholic churches during the early-mid 20th century, the Catholic Shrine Church of Ss. Peter & Paul and St. Philomena is one of the best known. Constructed between 1932-35, the Grade II Listed building is notable for its early use of both reinforced in-situ concrete and precast concrete units. It is also important historically as a remarkable intact example of a Catholic church from the inter-war period, which is particularly unusual. Its copper Dome dominates the Wirral skyline and the church gained the nickname ‘The Dome of Home’ during the Second World War when merchant seamen would use it to recognise that they were close to Merseyside.

The Institute Christ the King Sovereign Priest appointed Kepczyk Pearce Sanderson in 2019 to undertake a series of fabric repairs, which included specialist concrete repair works and repointing to the drum of the Dome, reroofing of the barrel roof to the Sanctuary, refurbishment of cast iron rainwater goods, repair and renewal of copper lights, internal plaster and redecoration works and a new lighting scheme.